View source
watch 01:36
We're Getting Mutants in the MCU - The Loop
Do you like this video?
Play Sound

Manga Episode 17 (Back then she was just called Miyuki's Mother)

Episode 6
Yukari Takara (高良 ゆかり, Takara Yukari) is a minor character in the Lucky Star series. She is the mother of Miyuki Takara.

Yukari's physique is average. She has short pink hair and is about the same height if not shorter than Miyuki. Yukari's hair is short and unlike her daughter, she does not wear eyeglasses. Yukari is often mistaken for Miyuki's "big sister", or even for Miyuki's "daughter", due to her youthfully cuddly appearance. Combined with her cheerful personality and endearing clumsiness, has resulted in her being regarded as moe, a trait not common for anime characters in their thirties.

Yukari tends to be very well-mannered, but can be a bit of a klutz. She is warm and friendly, once talking with a telemarketer for over an hour, and has a mischievous sense of humor. She doesn't like to do household chores, which explains why she isn't very skilled with household items. On one occasion, she thought that a colored candle was a Popsicle.

Most of the time Yukari plays minor roles and she is seen far less often than the other parents in the series. She is only seen when Miyuki speaks to her or in flash backs and when the cast is spending time in the Takara Household.

Yukari and her daughter

Yukari reading a storybook for her daughter when they were younger 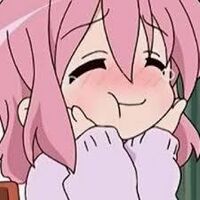